Jhe Panama Canal contributed to the reduction of 16 million tonnes of carbon dioxide equivalent (CO2) emissions in 2021, compared to the most likely alternative routes. These savings, three million more than in 2020, are equivalent to the amount produced by 3.2 million passenger vehicles driven in one year, or the carbon sequestered by 248 million tree seedlings grown for 10 years.

“Last year, we launched the CO2 Emissions Dashboard to help our customers better track their emissions and understand the benefits of taking the shortest route, creating a more sustainable supply chain. “said Panama Canal Administrator Ricaurte Vásquez Morales. “Throughout the year, the dashboard provided customers and stakeholders with visibility into the CO2 emissions savings generated by choosing the Panama Canal route, as we move forward with initiatives to become carbon neutral.” 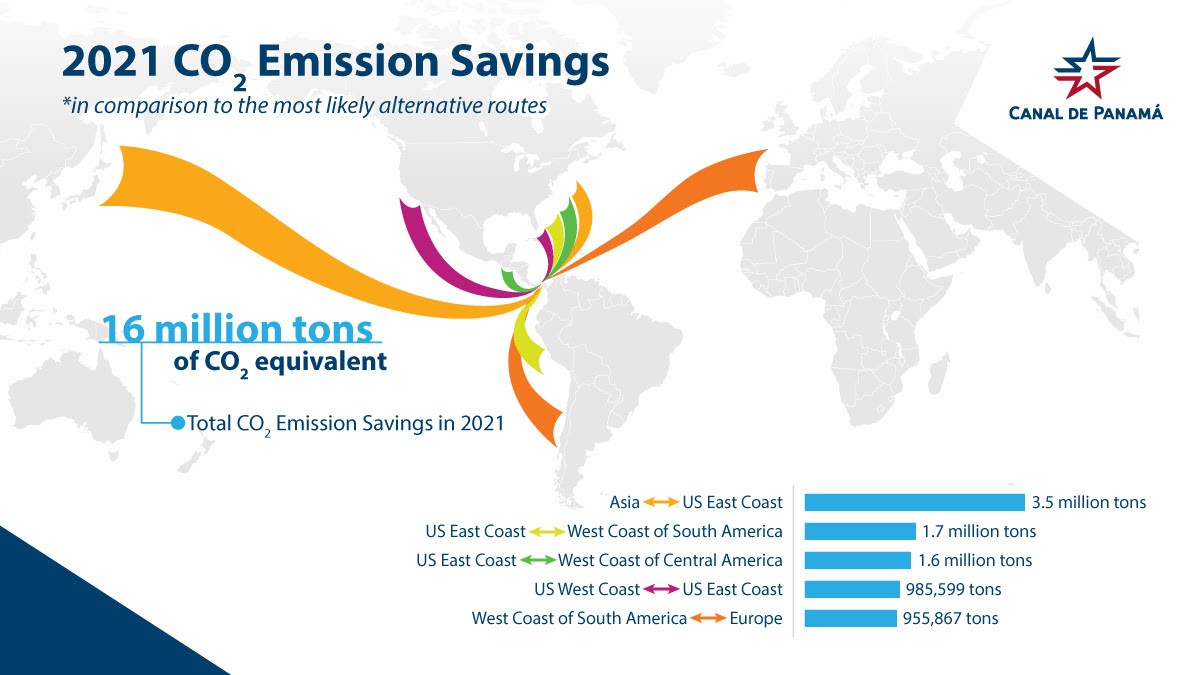 Annual data was calculated by the Panama Canal CO2 Emissions Savings Dashboard, which tracks the total CO2 emissions ships save by sailing through the Panama Canal rather than the most likely alternative route. The dashboard uses geo-referenced data and technology already onboard vessels to measure emissions, with new data reported monthly by segment, customer, route and more.

The scorecard builds on the Panama Canal’s long-standing efforts to maximize its environmental benefits while minimizing the environmental impact of its customers. The waterway has implemented a series of industry-unique environmental incentives and tools since 2016 through its central sustainability program, the Green Connection Environmental Recognition Program. 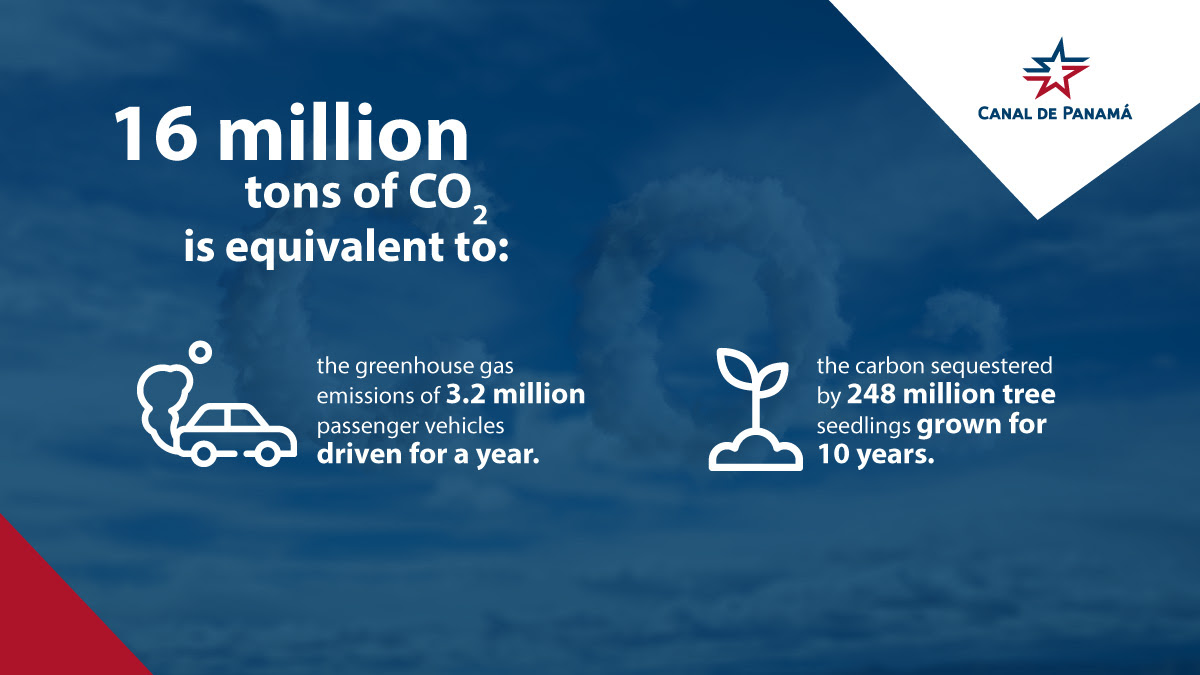 Additionally, the Panama Canal encourages the implementation of speed and navigation recommendations to protect cetaceans at the start of their seasonal migration nearby and works closely with communities in the watershed to sustainably manage their environment. 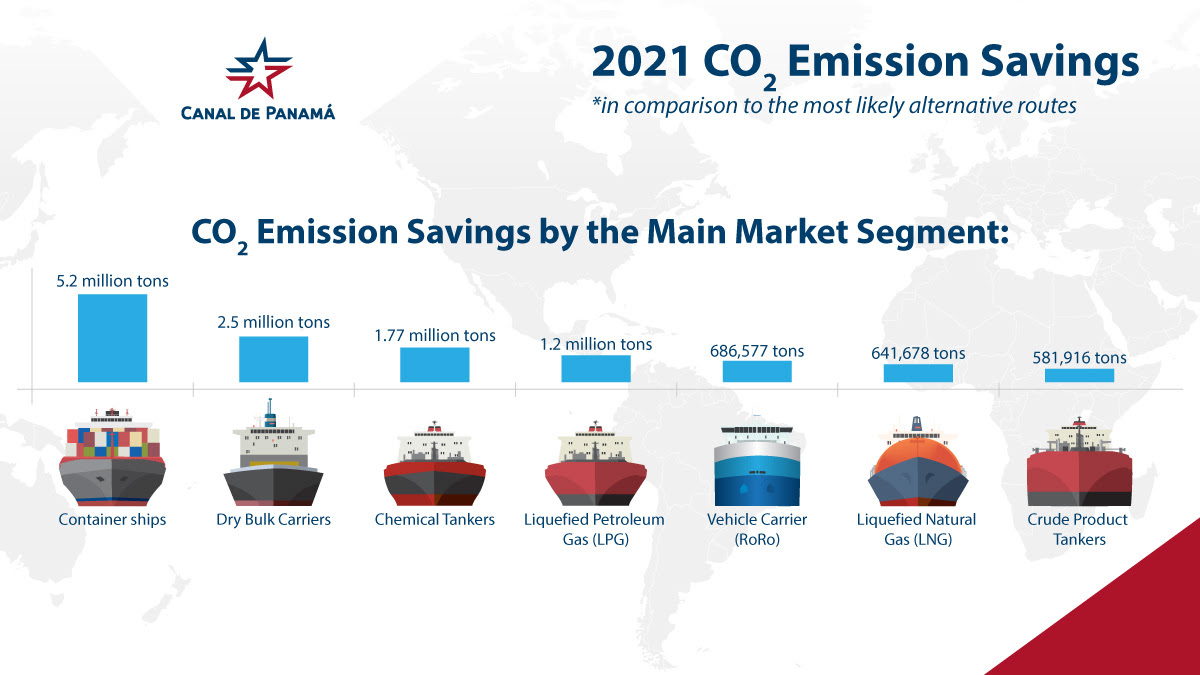 The Panama Canal as a green corridor for maritime trade

Last year, the waterway unveiled its intention to become carbon neutral by 2030. To achieve this goal and maximize its value as a green corridor for global shipping, the waterway plans to make investments and significant changes in its operations over the next few years. Starting with the purchase of electric vehicles and hybrid tugs, upgrading its equipment and infrastructure alone is expected to require $2.4 billion. The waterway will also continue to work with international stakeholders to ensure the canal’s contributions are aligned with global decarbonization efforts. 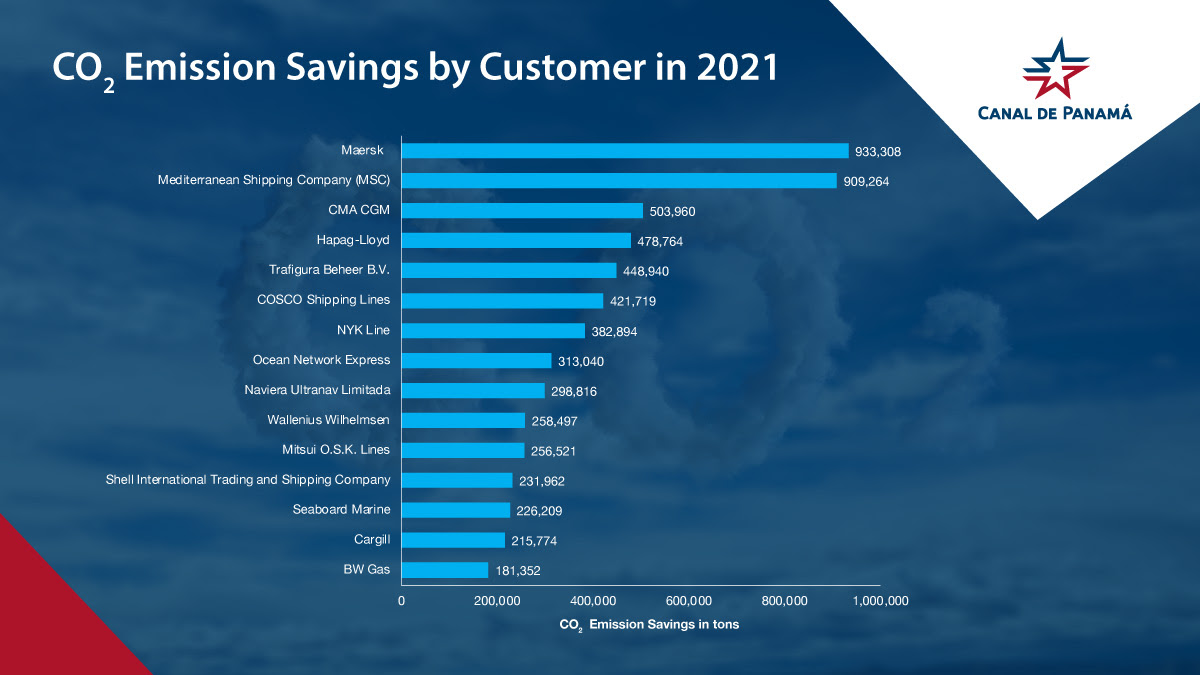 In November 2021, the Panama Canal participated in the United Nations Climate Change Conference (COP26), emphasizing the importance of involving the entire supply chain in maritime transport’s carbon neutral objectives. The Canal has also joined with more than 150 other maritime industry organizations to sign the Call to Action for the Decarbonization of Shipping, a pledge and commitment to take concrete action against global warming.

In the future, the Canal aims to take into account in its tariff structure the emissions of ships during their transits through the waterway, depending on the technology and the maneuverability of the ships, in order to further contribute to the decarbonization of the maritime industry.
Source: Panama Canal Authority