The magnificent weather, the unique Messinian landscape, the 2 emblematic golf courses and the 17 maritime teams composed the impressive landscape of the Greek maritime golf event 2021. The highest maritime golf tournament took place in the most great security for the 7th year on September 3 – 5 2021, in Costa Navarino, Messinia.

Golf action with the Messinian backdrop

The golf action began on Saturday, September 4, with the shotgun race taking place on The Dunes course, in a beautiful natural landscape filled with centuries-old olive trees. In addition, non-golfers had the opportunity to attend the golf clinic and participate in the putting competition.
The event concluded on Sunday, September 5, with golfers having the opportunity to participate in the two (2) best balls (3/4 hcp), at the Bay Course, with a magnificent view of historic Navarino Bay, and the picturesque port of Pylos. 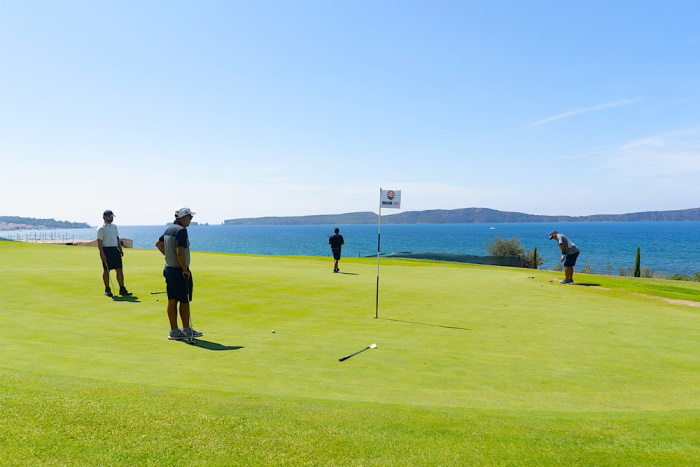 On Saturday evening, the awards ceremony was glamorous and full of surprises and gifts for the tournament participants. The event was hosted by Euroleague legend Joe Arlauckas and Ioanna Papadimitriou.

A silent auction was held for the first time and auctioned off 32 items from golfing legends such as Gary Player, Tiger Woods, Roy Mcllroy and world-class athletes including the NBA Finals champion and MVP Giannis Antetokounmpo, NFL player Tom Brady and tennis player Serena Williams. . The activity was implemented in collaboration with the unique agency in Europe, dealing with trading cards and memorabilia, Trace ‘n Chase and the assistance of Ideas Print. 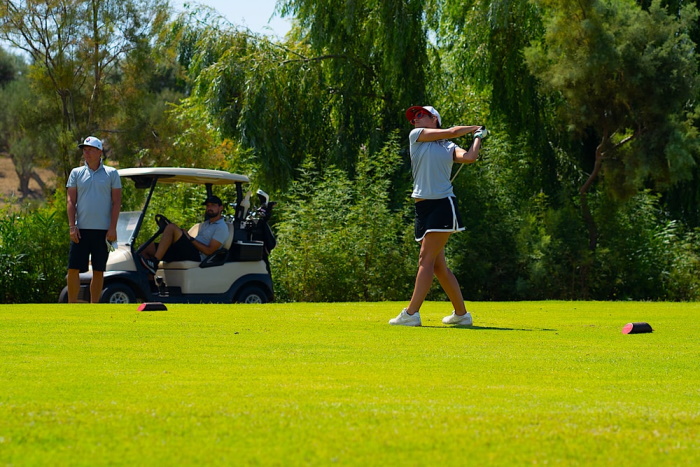 The maritime community “embraced” and actively supported the good cause of the event, as during the ceremony, participants contributed with the desired amount, by bidding on their favorite items. The total amount collected exceeded 5,000 euros and was donated to the ASBL KARKINAKI, which claims an intervention in the effort to eradicate child and adolescent cancer being a taboo subject, but also to find the more possible allies so that every child who suffers from cancer has equal access to quality hospitalization, effective treatment and, ultimately, the right to life. 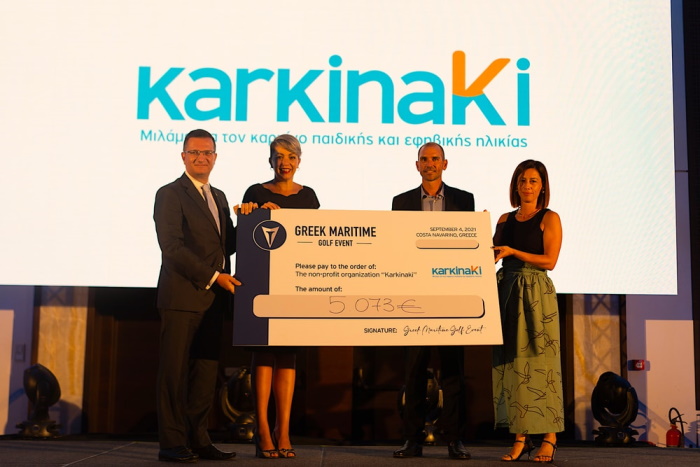 At the same time, a lottery was organized with rich prizes drawn among the participants and offered by the following donors: Qatar Airways, The Westin Resort Costa Navarino, Santo Maris Oia Luxury Suites & Spa, The Margi, Arifakis, Domotel Kastri, Dinner in the shades of sky and blue of Greece.

As part of this year’s event, the recognized Greek PGA golfer and organizer of the Greek Maritime Golf event, Mr. Thanos Karantzias, underlined: “I am very proud that the Greek Maritime Golf event exceeded all expectations for Grade 7. We have succeeded in highlighting the golf tourism of Messinia while organizing a very demanding tournament with the greatest security and with a strict health protocol. I would like to thank the sponsors and all the members of the maritime community who participated and supported by their presence the largest golf tournament in the Maritimes. We are now renewing our appointment for December 4, at the Golf of Glyfada”. 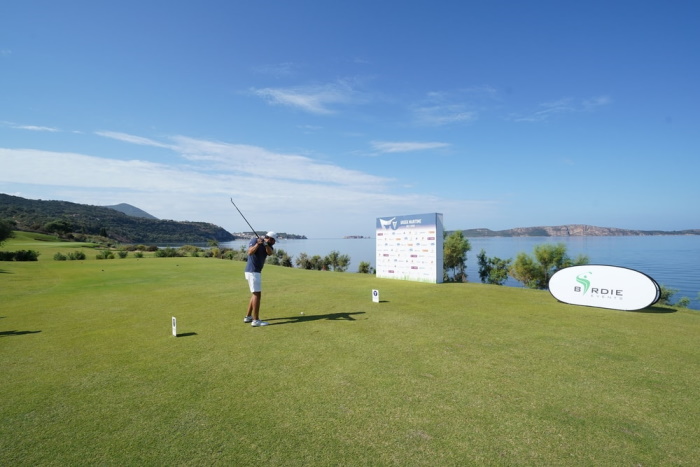 During the tournament, participants and visitors had the opportunity to drive and meet the new Porsche models and admire the impressive Porsche Taycan Cross Turismo.

The event took place under the auspices of the Hellenic Golf Federation. Greek Maritime Golf Event, was organized by Birdie Events, on the initiative of the recognized Greek PGA golfer, Mr. Thanos Karantzias. The tournament was aimed exclusively at distinguished executives of the Greek maritime community.

In the general team classification, the team of Papadopoulos, Harvey, Hutton, Ventouris won 1st place. Second place went to the team of Oikonomou, Karabatsos, Patiniotis, Sorotos, while the team of Syomin, Boetius, Garulin, Androulidakis took third place. In the other categories, William Karnazes won the “Closest to the Pin” award and Frank Monteiro won the “Longest Drive” award. 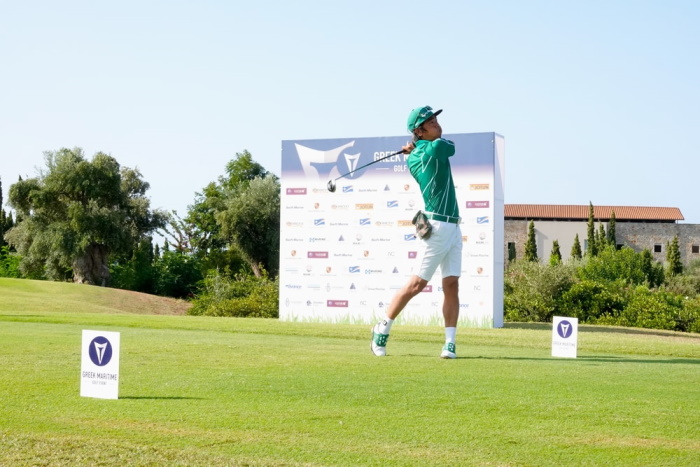 The Greek Maritime Golf event brought together some of the main shipping companies from Greece and Cyprus, as well as major Greek companies that supported the event. 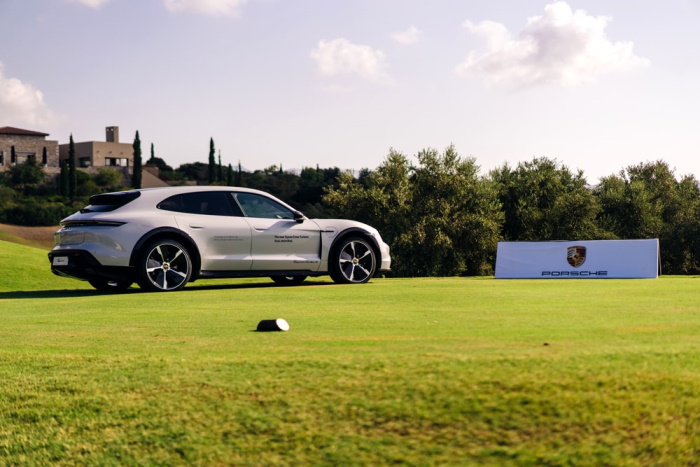 The Greek Maritime Golf event brought together distinguished executives from the Greek maritime community who competed in the completely safe destination of Costa Navarino, under a strict health and safety protocol established by the production staff of the event and approved by the Scientific Health Committee of the General Secretariat of Sports.